Provide customers with reliable products and services to create sustainable wealth and value for the society.

With the rapid development of China's economy, China has become one of the most important maritime powers in the world. 19% of the world's bulk sea cargo is shipped to China, and 20% of the container transport is from China; In addition, 60% to 70% of the newly added bulk goods are transported to China by sea.

With the rapid development of China's economy, China has become one of the most important maritime powers in the world. 19% of the world's bulk sea cargo is shipped to China, and 20% of the container transport is from China; In addition, 60% to 70% of the newly added bulk goods are transported to China by sea. China's port cargo throughput and container throughput have ranked first in the world; China accounts for 3 of the top 5 container ports in the world. With the continuous expansion of China's economic influence, the world shipping center is gradually shifting from the West to the East, and China's shipping industry has entered the forefront of the world shipping competition stage.
Great changes have taken place in the world economic development environment. The world economic center has begun to shift to the Asia Pacific region. The development of the world economy will also set off a new upsurge on the western Pacific coast. Further strengthening the development of regional economies and transnational groups will provide favorable conditions for China's port construction and the development of the maritime industry. Faced with great opportunities, China's port and shipping industry has a very prominent problem of insufficient capacity. The lack of large oil tankers and large oil tanker berths makes China's oil import transport rate only 10%, and China has to hire a large number of foreign ships for transport. It not only needs to pay a large amount of foreign exchange, but also loses the good opportunity for China's maritime industry to develop and increase employment.
The shipping industry is a capital intensive industry. Due to the lack of funds in developing countries, most of the import and export cargo transport has to be controlled by the fleets of developed countries, and China has not been spared this misfortune. With the development and acceleration of China's industrialization process, this problem will become more and more prominent. If the problem is not solved well, a bad cycle will be formed.
Maritime transport
With the rapid growth of the national economy and foreign trade, China's maritime transport industry has achieved sustained and rapid development. With the continuous growth of sea transportation volume and the growing influence of China's sea transportation in the world, it has become an important factor for the prosperity of global sea transportation. With the rapid development of China's shipping industry, its market environment is also undergoing profound changes. In particular, the Chinese government has adopted positive policies and regulations on shipping that are open to the outside world and in line with international shipping practices, providing a "competitive, open and transparent" market environment for the shipping industry. Chinese maritime transport practitioners, including foreign investors who come to China to invest and operate, must always understand and study their own market environment, so as to assess the situation, master the course, and develop and grow in the face of new situations and new problems. 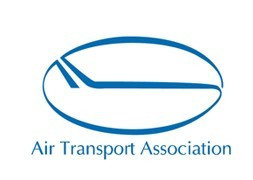 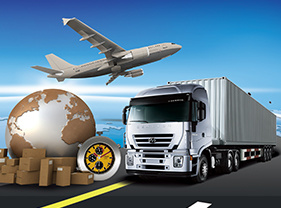